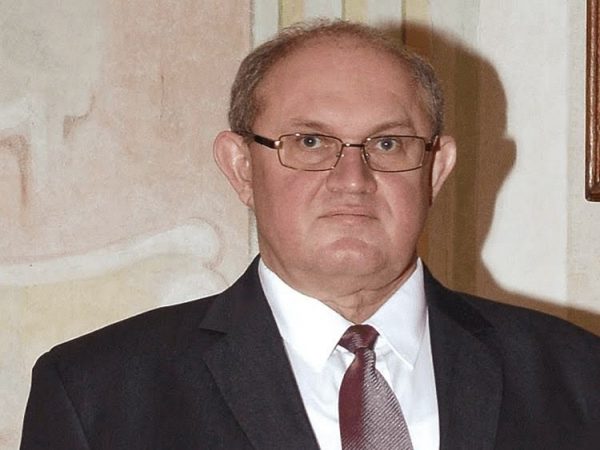 Doc. Ján Gréner, ArtD. (b. 1953) studied violin at Conservatory in Bratislava (1968 – 1974) and Academy of Mušie and Dramatic Arts in Bratislava (1974 – 1978). In 1973 he was by the foundation of Musica Aeterna with Ján Albrecht, ensemble for renaissance and baroque mušie. 2003 – 2008 he was a lecturer at the Academy of Arts in Banská Bystrica and Conservatory in Banská Bystrica (chamber mušie, performance seminár, analysis of baroque theory and practice). Since 2010 he is a lecturer at the Conservatory in Bratislava and a member of the Symphony Orchestra of the Slovák Rádio. Since 2011 he is a vice-rector and teacher at the Jan Albrecht Mušie and Art Academy Banská Štiavnica. In 2014 he has fmished the doctoral studies at Aca­demy of Mušie and Dramatic Arts in Bratislava (ArtD.) and 2016 he gained the title docent (ass. prof.) at Janáček Academy of Mušie and Performing Art in Brno. With ensemble Musica Aeterna he realized over thousands of concerts and recordings at horne and abroad and attended numerous master classes and studies (CMBV, London Barock). He collaborated as a solo, cham­ber, and orchestral player with many top leaders of “Early Mušie” – Standage, Holloway, Mackintosh, Tan, Goodwin, Hoeprich, Brautigam, Gini, Antonini etc. Musica Aeterna gained several top awards: three times Diapason d’Or, Classical Awards and was designated as the best ensemble for early mušie in Eastem Európe. Ján Gréner also collaborates as the viola player with promi­nent ensembles: Solamente Naturali Slovakia, Wroclaw Barok Orchestra, Czech Ensemble Baroque, Capela Regia Praga, Con- cilium Musicum Wien, Ensemble Inegal Prague.