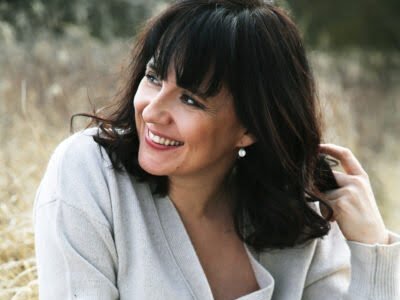 Ľubica Čekovská was born in 1975 in Humenné, Slovakia. She studied theory of music at the Academy of Performing Arts in 1993-1998 and composition with Prof. Dušan Martinček. During her postgraduate studies at the Royal Academy of Music in London she continued to study composition with Prof. Paul Patterson and participated in courses with Robert Saxton, Thomas Adès, Arvo Pärt and Harrison Birtwistle

She received the Cuthbert Nunn Composition Prize of the Royal Academy of Music (1998), Lewerhulme Award (1999), Elsie Owen Prize (1999) from the Royal Academy of Music, ISH Foundation Scholarship from H.R.H. Queen Elizabeth, the Queen Mother (1998–2000) or Ján Levoslav Bella Prize for her composition Piano Concerto (2004, Slovak Music Fund). She was recently awarded by Tatra Bank Foundation Award 2013 for work Four Movements for Piano, or SOZA Award 2011-2012 for International Performance of Slovak works. She is also the author of scenic music composed for various Slovak and Czech theatres as well as of film music. Her compositions were released on various CDs in Slovakia including the own profile CD “Passing Impressions” (Hevhetia). In 2008 – 2018 she became a member of Art Council of the Prague Spring Festival.

Her works were performed at important festivals of contemporary music. In 2009 her composition “Turbulence” was chosen to be performed at ISCM World New Music Days festival in Sweden. In the same year she was commissioned by Slovak National Theater composed her first full/length operatic work, “Dorian Gray”, which was successfully premiered in Bratislava 2013, the world premiere was part of the ISCM World Music Days in Slovakia. In the 2010/2011 season she was a resident composer at the Philharmonic Orchestra Altenburg-Gera.

She received the “Krištáľové krídlo” prize in the music category, she was awarded the prize for her opera buffa “Impresario Dotcom” which premiered at the Bregenz Festival on 20 August 2020.

On 6 July 2021, she received a further award, the Slovakian Minister of Culture’s Prize for 2020. In the decision for this prize, Čekovská’s two operas “Dorian Gray” and “Impresario Dotcom” were particularly highlighted. Further.